I’ve always been a dog person, but I can’t deny that I’ll convert to a Katz person any day of the week. Katz is full of raw and rugged history, and an urbane beauty that is so unique to Katz that I don’t think it’s possible to forget. There’s a huge history behind the restaurant, and the place is huge, but it’s so full of energy, food, and people that it’s easy to believe that the place is cramped.

Outside, a large vertical KATZ’S sign hangs with red lit signs and the door witnesses crowds of the eagerly hungry rubbing shoulders with the overwhelmingly satisfied. You walk inside, and you’re immediately handed a ticket. An orange ticket. No, you weren’t entered into a raffle… Well, unless you consider everyone who enters the raffle a winner. Your prize is food from Katz’s — congratulations! In reality, however, the orange ticket is Katz’s way of tracking what you order so they could charge you at the end. (It also may help to mention that it’s cash-only!). 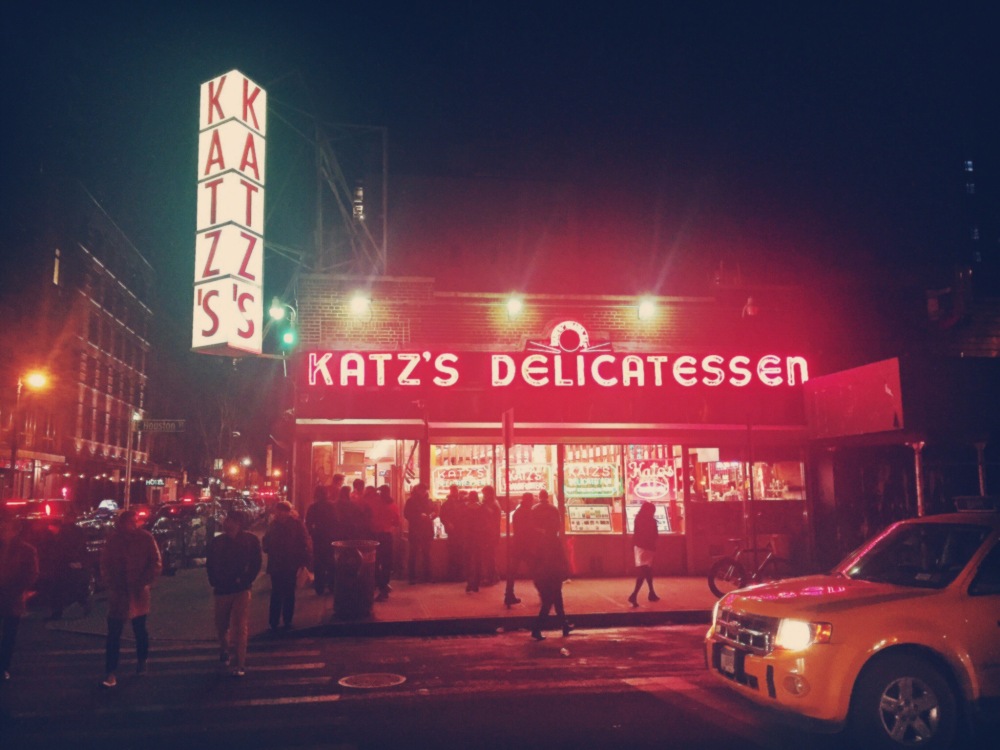 Now, ordering at Katz’s is like a religious and holy process. There are 10 lines of “CUTTERS,” who are the conossieurs and crafters of your creation. Then there is a counter for beverages, beers, desserts, special orders, and salami. You pick a line behind a “Cutter,” and you wait until it’s your turn to stand front-and-center at the counter.

Katz’s is famous for a lot, but if there was one thing to get, it’s pastrami on rye with mustard. That’s the real deal. No regrets. It’s about 800 calories of whopping grandeur, but it’s priceless (okay, it’s about $20). The sandwiches and all may be a little pricey, but it’s honestly worth it. Completely worth it. So you order a pastrami sandwich, and you watch this beautiful pastrami cut and voila — your sandwich is born. It’s customary that the cutter gives you a slice of pastrami or two to sample, just so you could get ready for what you’re about to jump into. It’s also customary, but not required, to give a dollar or two in a the tip jar in front of the cutter, in appreciation for the experience.

There is a lot of seating, but it can be particularly challenging to find seating when it’s prime Katz’s time around lunch or dinner. There are tables right against the wall, up close to all of the pictures of famous people who have visited Katz’s, which are probably the most ideal seats. Some of the tables are reserved for waiter service only.

The walls are heavily covered in Katz’s memorabilia or hundreds of pictures of famous celebrities, presidents, speakers, etc. of people who have visited and eaten Katz’s. It’s incredible, and reminds you of how much history there is in such a restaurant.

But now, of course, there’s the sandwich itself. It’s honestly just… Incredible. At first glance, you may wonder — why the rye bread? There’s nothing of particular substance to the rye bread. It’s literally just regular rye bread. It’s two thin slices too, in comparison to the proportion of meat that there is. But, that’s exactly why the rye is “just rye.” The purpose… The focus… The point is the pastrami.

The pastrami is unreal — thick, juicy, flavorful and extremely well seasoned. It’s like nothing in the world matters except for that sandwich sitting right in front of you. I can’t think of anything to compare it to, since it’s just its own unique art.

The sandwiches always come with a side of pickled items — half sours, full sours, pickled tomatoes. It’s another Katz speciality, and it’s great in between sandwich bites. There are plenty of other favorites at Katz’s — the Reuben, matzo ball soup, their desserts, turkey sandwiches… Just everything, I suppose. But all in all, it’s the pastrami.

You’re probably wondering by now how to actually eat the sandwich. Yes, I am positive that everyone who has ever sat down to eat a Katz’s pastrami sandwich had at least one second to wonder how to start actually eating the sandwich. It’s colossal. There’s no instruction manual. Well, there is no right or wrong way… Just go for it. It’s going to be a mess, I promise. It’s almost unattractive, so it’s kind of at your own discretion if this is the type of place you’d go for on a first date (but after your first bite, you will most likely fall in love with absolutely everything around you, so this may work to your advantage). 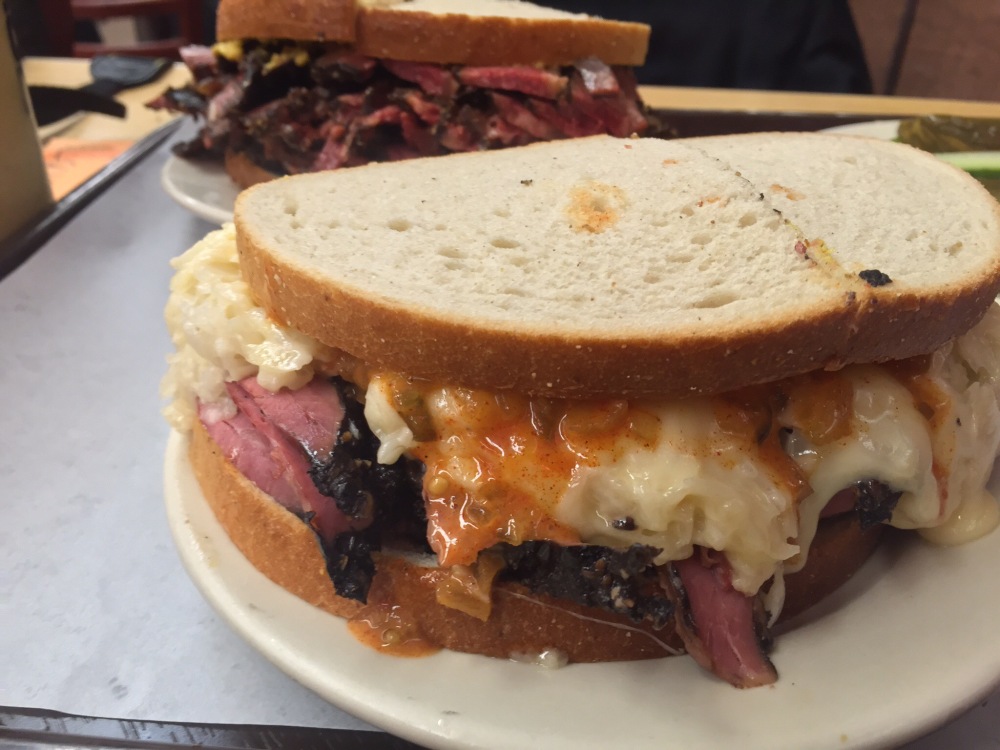 I can only really handle finishing half of a Katz’s sandwich, but one thing I particularly was impressed by was that you could bring your remaining sandwich half to the counter, and they will pack it up so nicely with great care. It’s a small touch, but it just showed how much there is to Katz’s.

Katz’s is one of those places that are amongst the best of the best in New York City. It’s just so much of everything — so much history, so much love, so much food, so much flavor, so much family, and so much New York. It’s an icon, and a memorable one, indeed. I feel like this deli is somewhere you could bring someone you have never liked and never gotten along with, and you will leave the restaurant as best friends.