Commander’s Palace is very famous in New Orleans, and is considered the premiere upscale dining experience. It is not located in the French Quarters — it was about a 15 minute taxi drive from our Hotel on Royal Street. The area around Commander’s Palace is a bit sketchy, but the restaurant itself has a colorfully comforting exterior design of teal and white stripes, with a large lit-up sign showcasing the restaurant’s title. Our reservation was at 6 PM, and they open at 6 PM, but it was odd that they didn’t have a bar area to let us sit for coming a bit early. We were forced to wait around in the entrance area, which lacked chairs, or stand outside in the midst of sketchy nothingness. Nonetheless, we were seated around 6 PM in one of the dining rooms. Apparently, there are 3-4 (maybe even 5) dining rooms, with each room having a different theme. Our table was in the first of the dining rooms near a comfy corner. 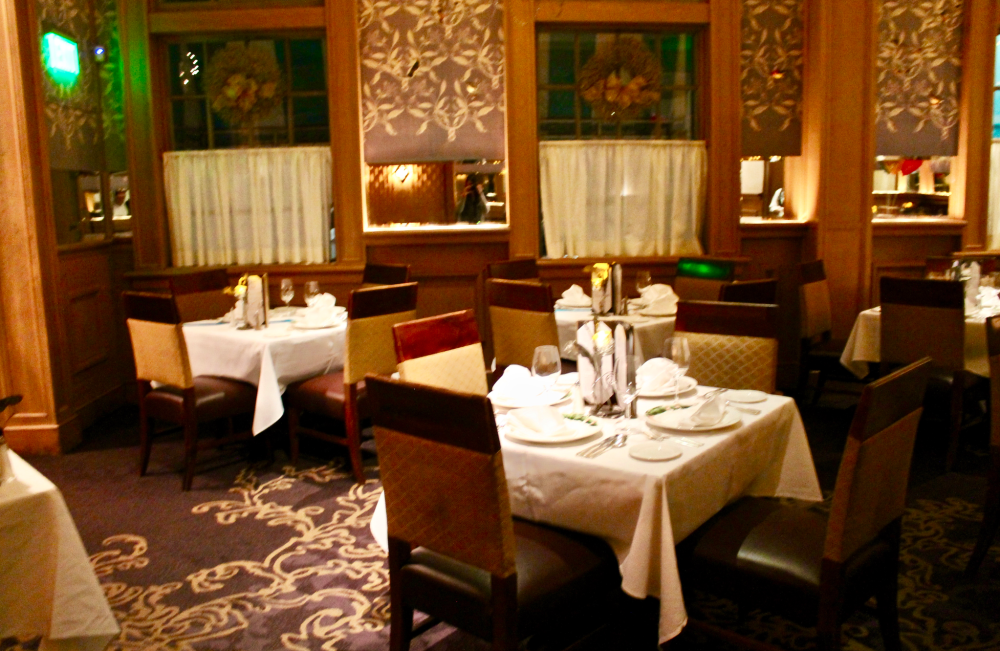 The menu wasn’t overwhelming, and they offer different Chef’s selections and a price-fixe menu. I ordered the “Commander’s Crisp Romaine Salad” to start, which was surprisingly a very good salad. It was — essential — a really good Caesar salad, but I was pleased.

For my entree, I ordered the Winter Vegetable Risotto topped with poached crab. This is probably the most expensive risotto I’ll ever eat ($50 for a bowl of rice… Oh, boy). It was very good risotto, with a complex of flavors, textures, and creaminess. I was very satisfied, and the crab on top really sealed the deal. I wasn’t blown away by the dish, but it was probably one of the better risotto dishes I’ve had in my life. 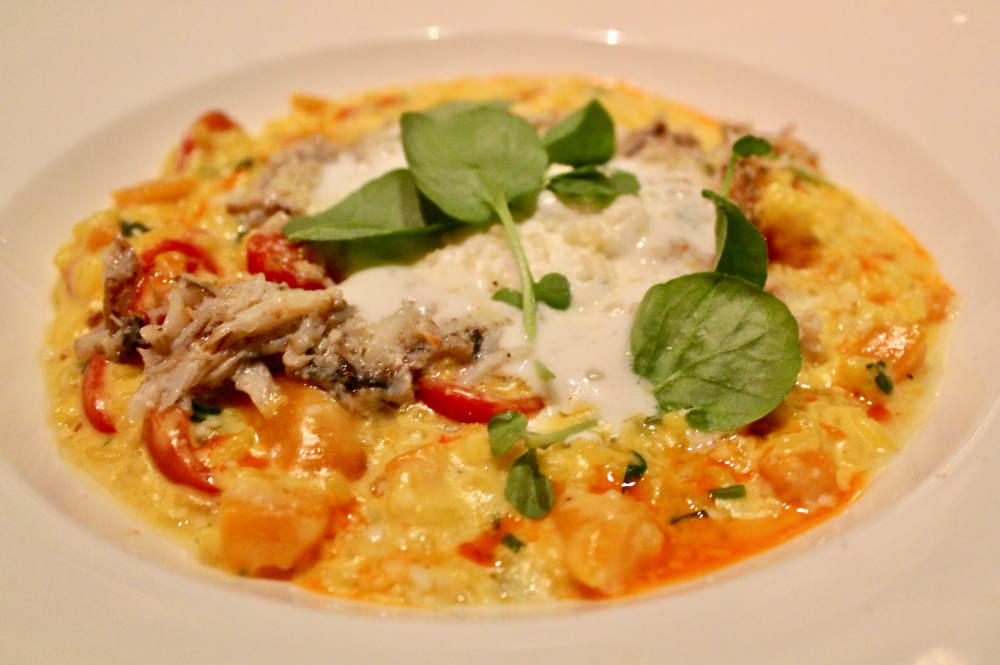 My mom ordered the Louisiana Wild White Shrimp, and my dad ordered the Pecan Crusted Gulf Fish. Both dishes looked good, and my parents appeared to like the food. Commander’s Palace prides itself on remarkable service. Yes, the service was very good, but I wasn’t blown out of the water initially. However, I was very surprised when a server came to take my full glass of ice water, only to replace it with another full glass of ice water. It became apparent to me that they “refresh” your drink when too much ice melts. It’s a bit excessive and overrated to “refresh” a glass of ice water, but this was definitely a noteworthy feature of restaurant service that I had not seen or noticed before… ever.

For dessert, we got their Creole Bread Pudding Souffle. The Souffle has to be ordered at the same time as the main order, since it takes the kitchen extra time for its preparation. This dish is heavy, but it’s so good. It’s very similar to a thick, warm apple crumble. But, mark my words — this dish is heavy. It’s filling and I felt like I ate a whole bag of flour. It was probably one of my favorite desserts in New Orleans, and I’d have it again. I also really liked how it looked since souffles are so fluffy and inviting. 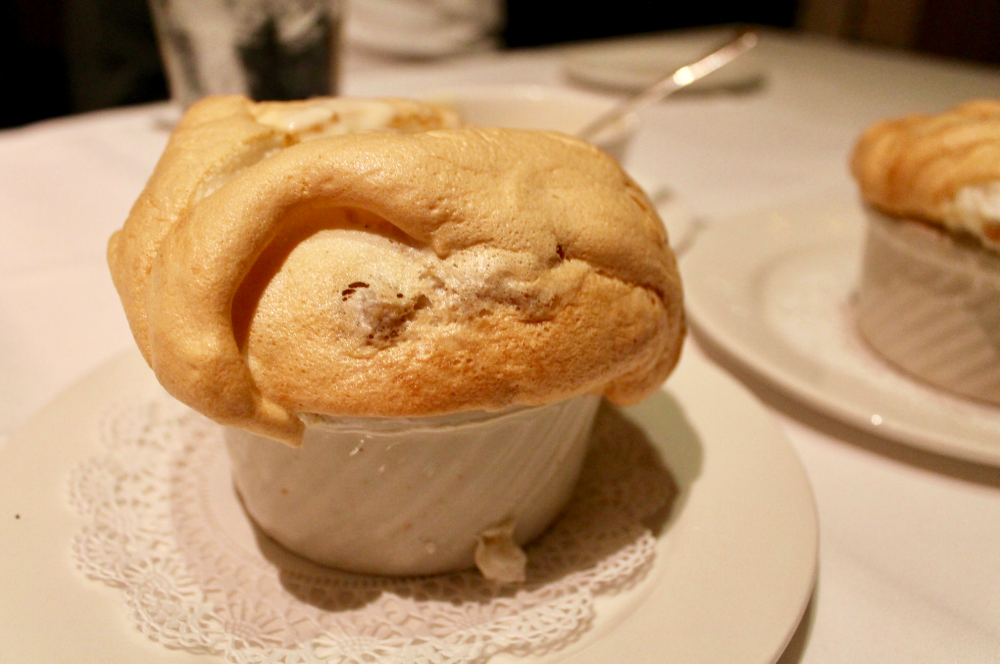 Overall, I liked Commander’s Palace, but it wasn’t a wildly remarkable experience. In all honesty, it’s a bit overrated — hyped, pretentious, and over-the-top. There are places all over New York City with the same quality of food and service, but less of an uptight and dramatic atmosphere. But, the food quality is definitely there, and the service is awesome. It’s a great place for an upscale dining experience. On weekends, they apparently have a live Jazz band. If I ever came back to New Orleans, I’d likely come back here.