Smorgasburg is an essential stop for the summer. One is located on Saturdays in Williamsburg, while the other is located on Sundays in Prospect Park. The word Smorgasburg probably comes from the word smorgasbord, which is basically a huge food buffet.

Smorgasburg is a big food flea market, where street food is served quick and easy under a ton of tents right by the water. There are so many options that it can become overwhelming, so it’s important to scope out the area and make food choices wisely. There is only so much eating a person can do while still enjoying the food.

I have been to Smorgasburg twice. It’s a rain-or-shine event, since the food vendors are all under tents. The vendors are very hipster, trendy, and try to take a new spin on many classic foods. For example, there is a spaghetti donut. Some of these foods sound very attractive to some, while they may sound mortifying to others.

The Smorgasburg in Williamsburg is right off of Kent Ave by the water, so it’s a great place to put out a blanket and sit by the water to eat, weather permitting. There are also a number of tables and benches available to the public. There is a bar area for people aged 21+. The area itself is full of very hipster rooftop bars, Meatball Shop, Sweet Chick, and other famous Williamsburg joints. There is a hugely impressive flea market right near Smorgasburg called Artists and Fleas.

One of the biggest hypes at Smorgasburg is the Ramen Burger. The Ramen Burger is definitely hyped, but makes for a wonderful Instagram. A lot of people are underwhelmed and disappointed by the burger, but I was pleasantly content with its flavors since my expectations for it weren’t blown out of the water.

Another very popular item is the fries from Home Frite. These Belgian-style French fries are very aesthetic, but I’ve never been a huge fan of fries. They offer a variety of dipping sauces. I’m not really impressed with this choice, but a lot of people love it. 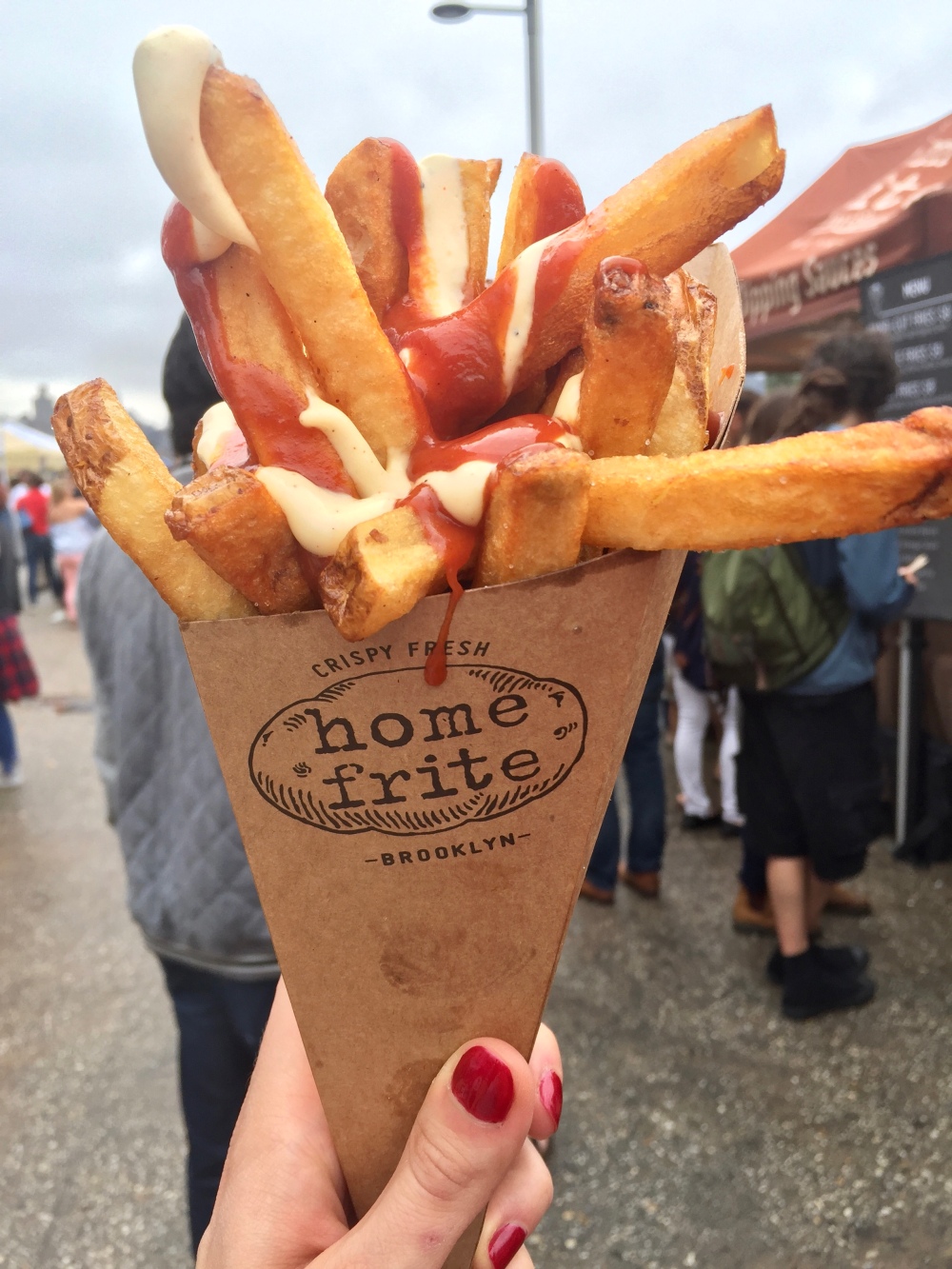 I really love asian pork buns, so I ended up getting a pork bun from C Bao Asian Buns. This bun was very gratifying. The bun was very thick and humungous, and the pork was extremely tender. I was very satisfied and would likely get this bun again. I’m not sure if it was the best pork bun I’ve ever had, since my favorite still remain at Ippudo. However, I was pleased with this decision. 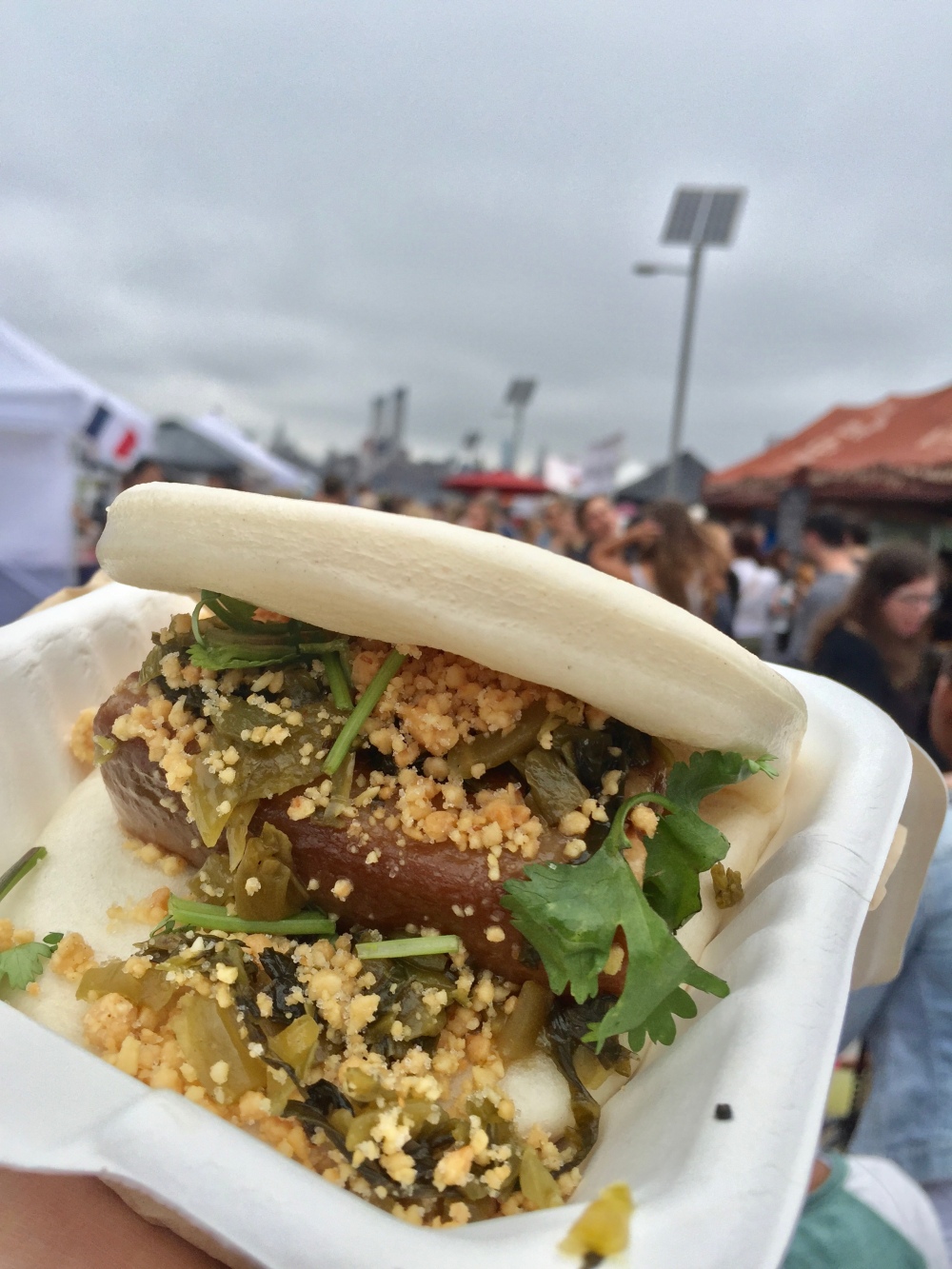 My friend got a Venetian sandwich. I have no idea how it tasted, but it looked decent enough. It looked rather regular nonetheless, so I question their popularity at an event like this with so many eccentric options. 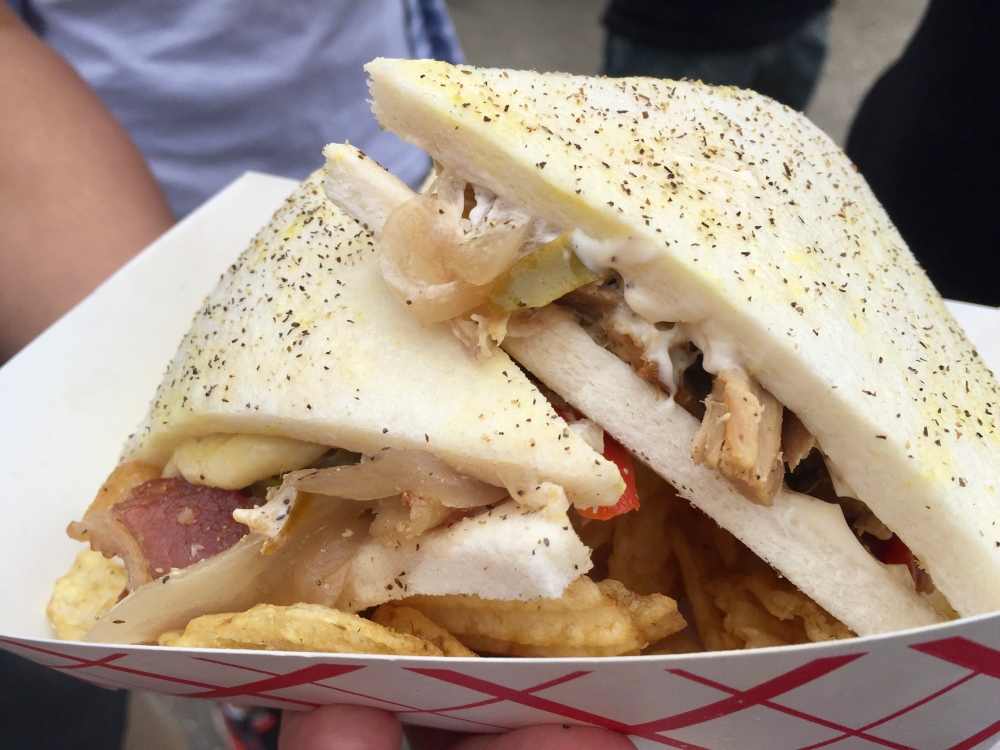 As for dessert, I was strongly encouraged to get the ice cream churro sandwich. They had three options for ice cream, including a blueberry and creme fraiche. However, I chose the salted caramel ice cream churro sandwich. I wasn’t deeply impressed, and the ice cream was way too salty for my liking. However, the churro “buns” themselves were very tasty, but rather small. They had a slather of some sort of dulce de leche sauce. The choice still made for an aesthetic picture. 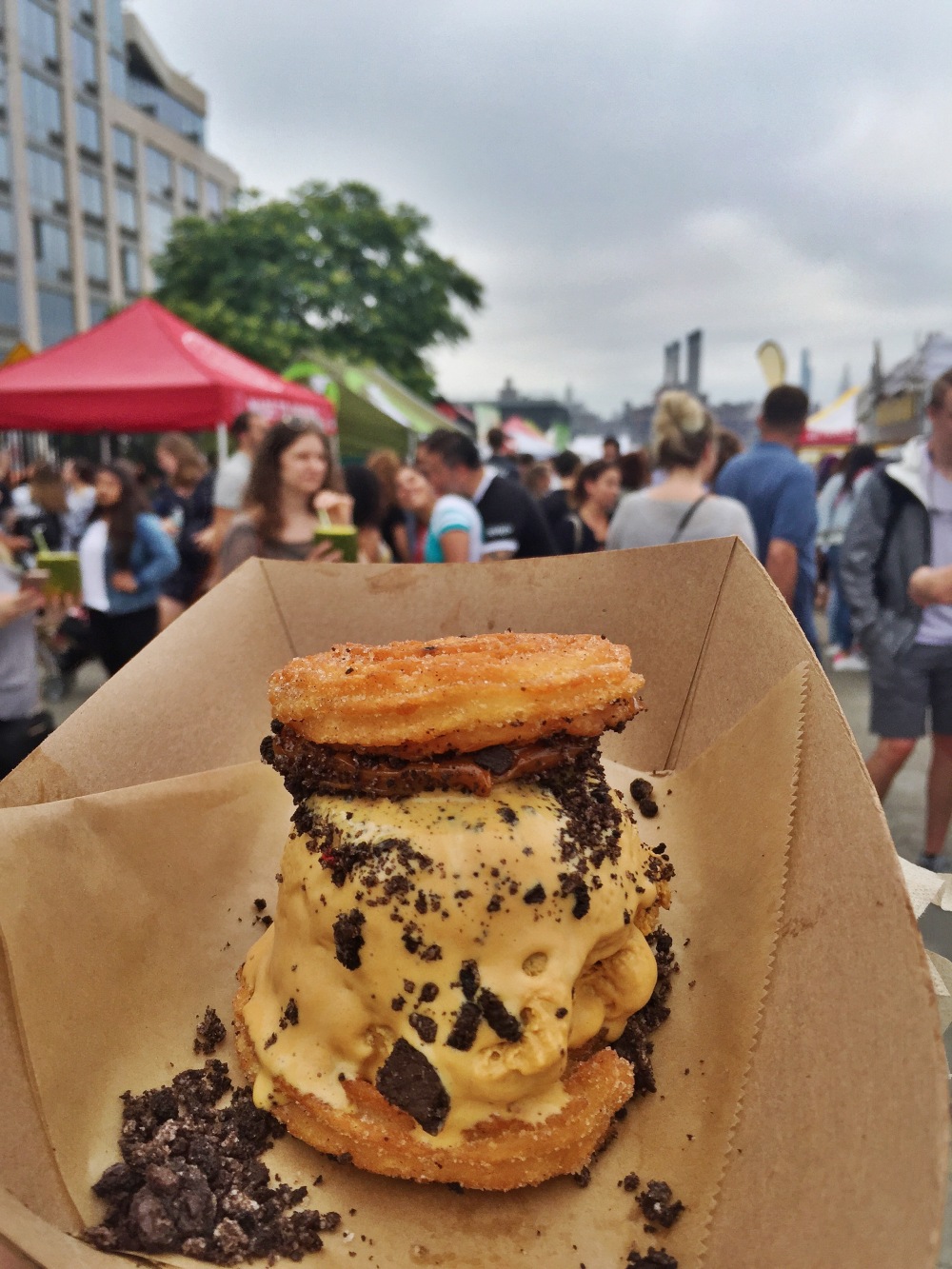 In the past, I’ve also taken the Gooey and Co. gooey cakes. They were quite good from what I remember, but I also don’t know if I was blown out of the water. Perhaps, I’m just a tough critic, and I have high expectations for some glorified hipster street food.

Nonetheless, I would definitely return to Smorgasburg again. The food really is quite good, but perhaps it’s difficult to enjoy everything when there are so many options. All of the food is presented rather well, and the vendors are very popular and famous. The pictures speak for themselves. It’s a great weekend stop for a few hours to grab some food, catch up with friends, and even sit by the water.