I have heard of Amy Ruth’s for a long time now, but have only recently gotten around to actually visiting the place for breakfast one day. Upon entry, a man greeted us and sat us down immediately. The place is very casual, making it ideal for breakfast or lunch. I am not sure if I would like the setting for dinner though because of how casual it may come off as. I have often heard of Amy Ruth’s competing heavily with Sylvia’s for the best and most classic Harlem soul food. The menu is rich with celebrities who have visited Amy Ruth’s, including numerous presidents.

The restaurant is decorated with murals of famous African American leaders and celebrities. The staff is fairly friendly and pleasant. The color scheme is comforting and warm. 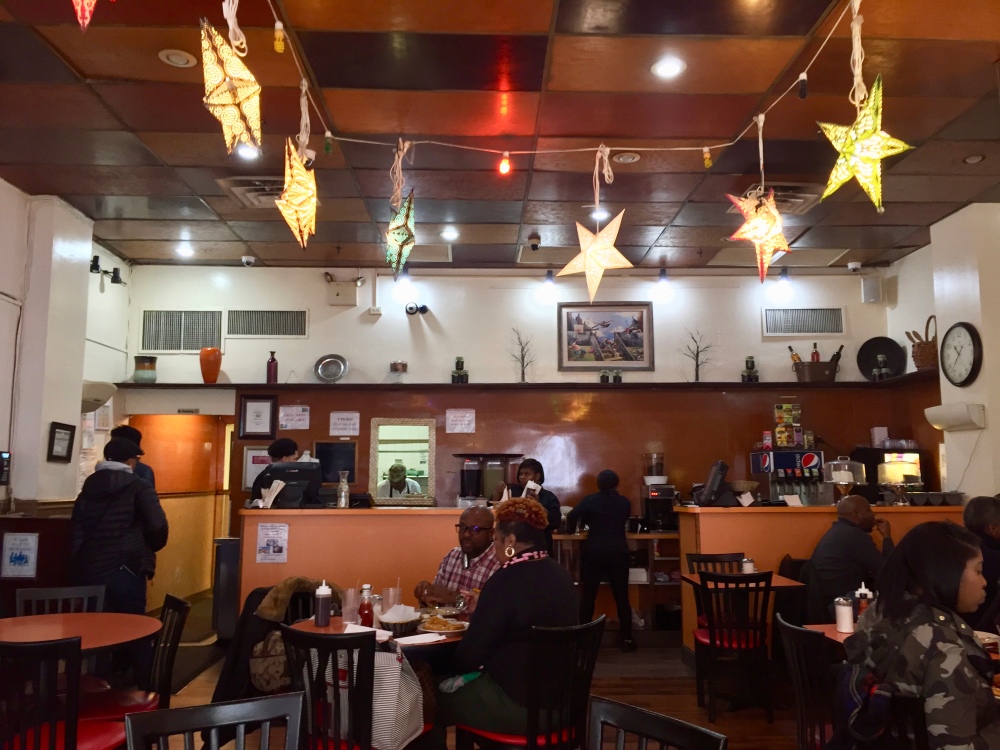 There are many selections on the menu, but we evidently decided to go for the most classic dish — Chicken and waffles. Well, there is actually an entire portion of the menu dedicated to different Chicken & Waffle selections, but we went for the absolute most classic option called “The Reverend Al Sharpton.” Nearly all the dishes are named after people, including Barack and Michelle Obama. The Al Sharpton dish comes with the chicken either fried or smothered. “Smothered” means that your chicken is basically still fried, but then topped with a nice smothering of gravy. Clearly, we went for that option. 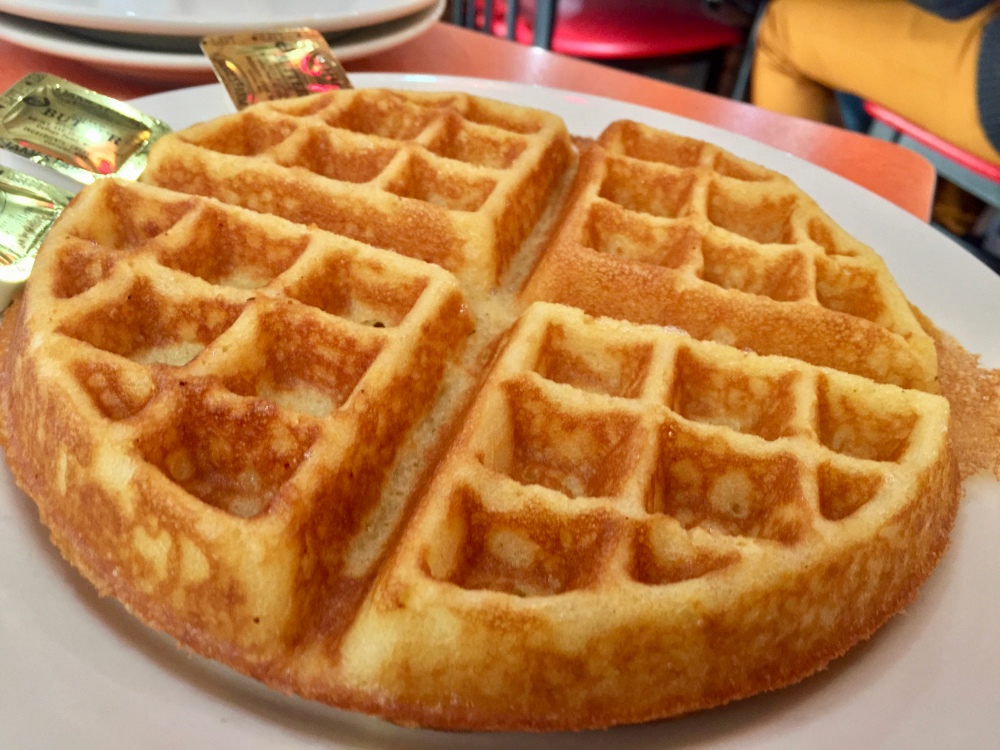 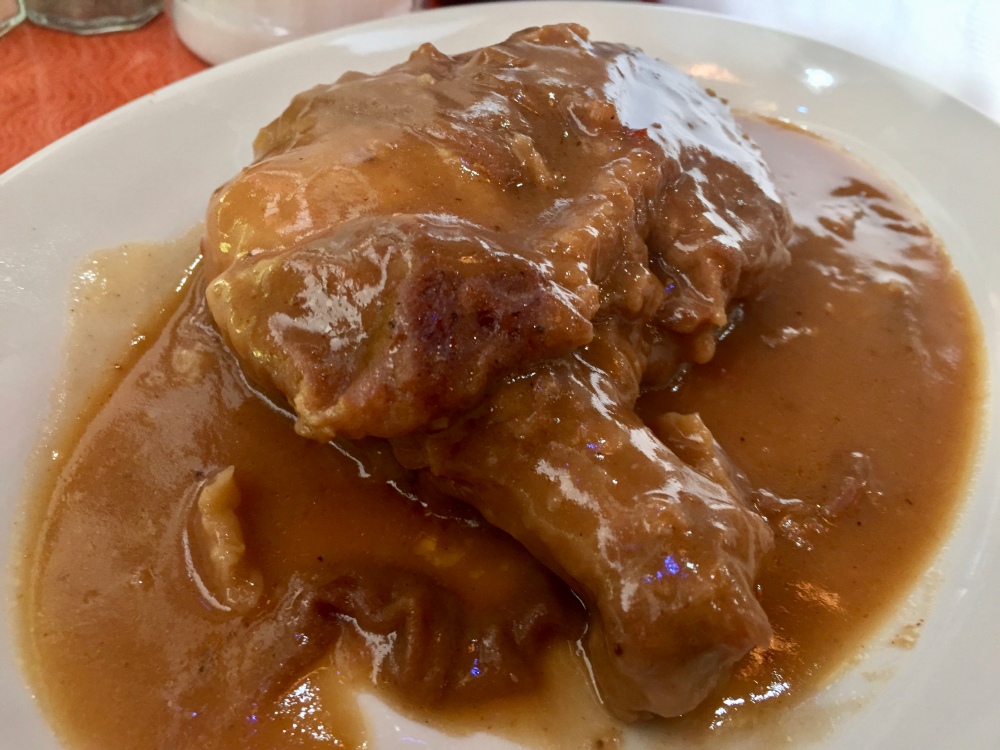 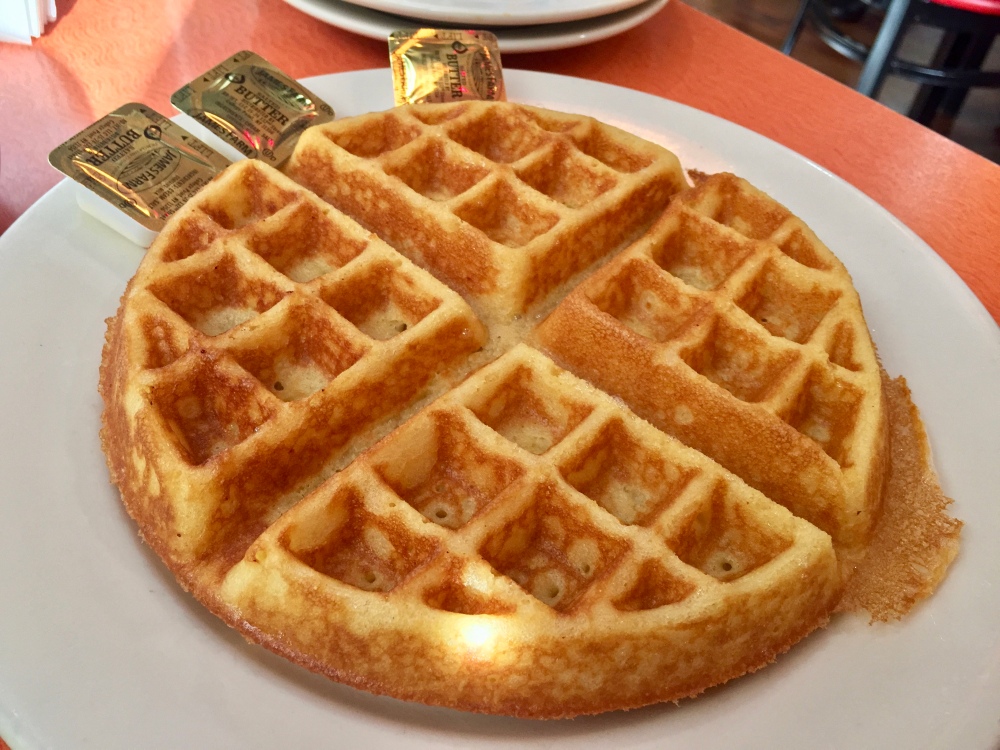 Smothered chicken seemed to come with the chicken on the side as opposed to directly on the waffle (evidently a result of the gravy), which slightly takes away from the classic aesthetics of taking a picture of chicken AND waffles. Nonetheless, both were very simply served with no gimmicks or distractions. You get exactly what you order.

The waffle itself was fluffy and pleasant. I am not a huge fan of waffles, so I wouldn’t want to eat the waffle alone. However, the smothered chicken was EXCELLENT! The gravy was very tasty and well-seasoned, and the chicken itself was tender and easy to eat. The combination of the savory chicken with the sweet waffle with syrup truly made you understand why such a combo exists. Overall, it was a very satisfying meal, and it was not too overwhelming or filling.

Generally speaking, I highly recommend this place for classic Chicken & Waffles. And yes, I think Amy Ruth’s is better than Sylvia’s in certain regards. For breakfast and lunch, I would choose Amy Ruth’s. However, I would choose Sylvia’s for dinner because of the sit-down atmosphere. Sylvia’s is a very involved and enriching experience. From my last few meals at both restaurants though, I will say that I think the Chicken and Waffles is better at Amy Ruth’s. So, each place has its pros and cons, and it depends what you are looking for. I would come back to Amy Ruth’s again for breakfast/lunch/brunch and have some nice Chicken & Waffles.