Bluestone Lane is a cozy Australian cafe located in various cities, including NYC and Washington, D.C. I first heard about Bluestone on my friend’s Instagram, as she went to the one in D.C. Something about its casual, trendy, and well-crafted decor caught my attention, and I was told that I had to try their “Iced Milo” drink. I had no idea who or what Milo was, but I am glad I found out.

There are various locations throughout the city, but we decided to head down to the one in SoHo in West Village. Upon first impression, the cafe is very open, with a comforting blue and white theme. 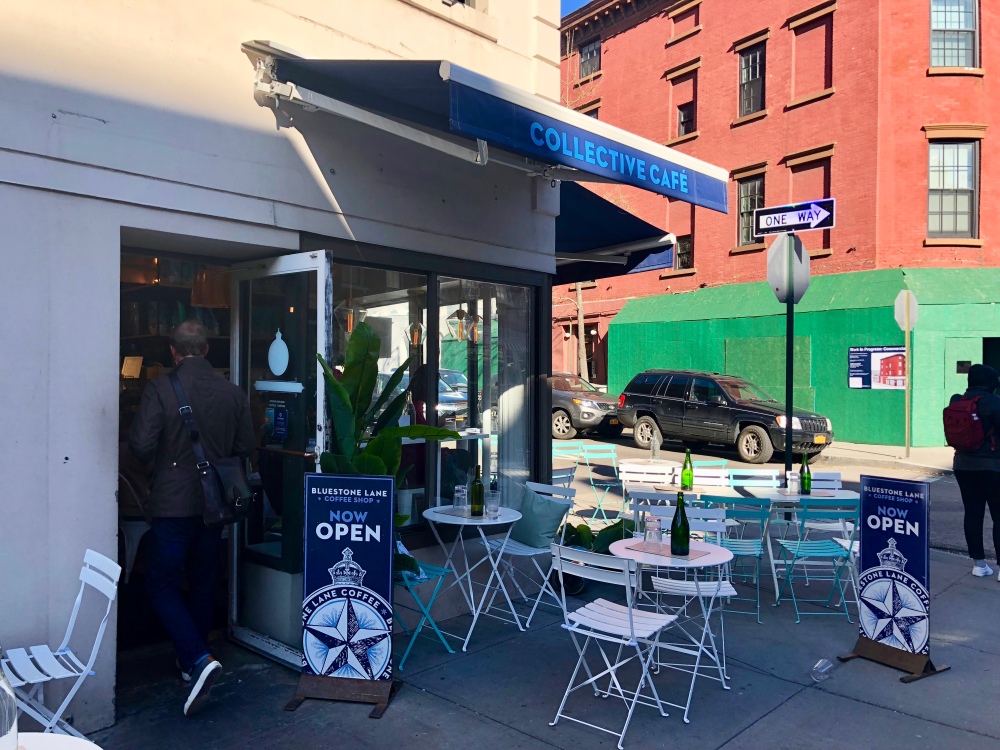 The interior is even better. The place is not very large and spacious upon entry, but there are back rooms and extensions where they can seat more guests. There are plants, pillows, and small knick-knacks carefully placed for their decor. The atmosphere is very inviting for a light bite or brunch. I was a big fan of the color scheme and plants growing everywhere. 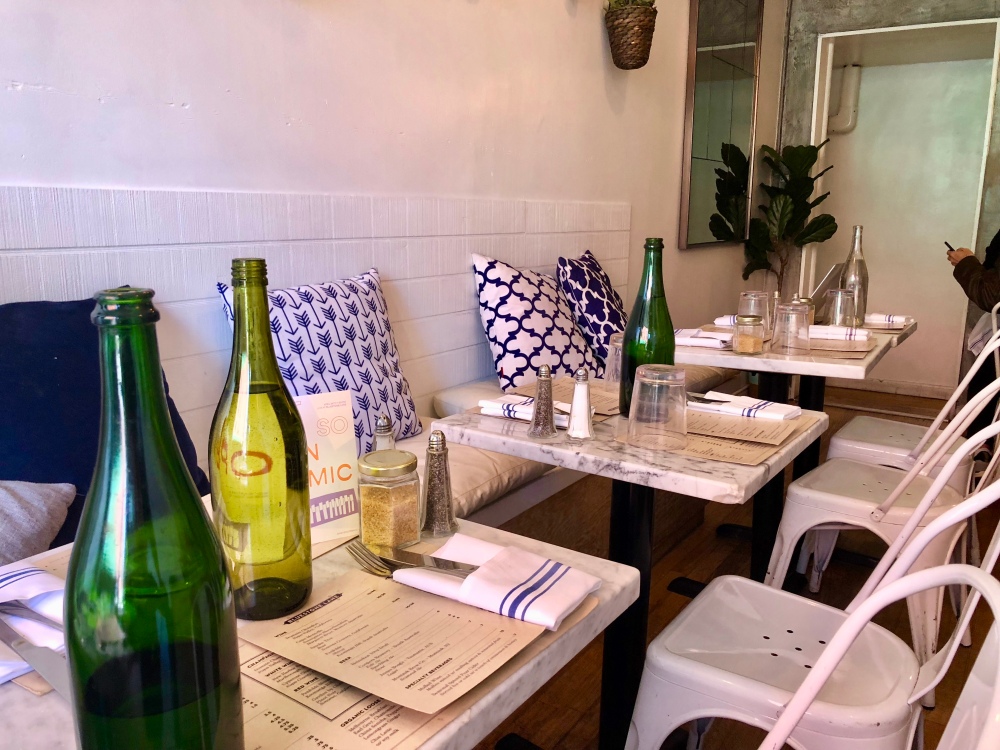 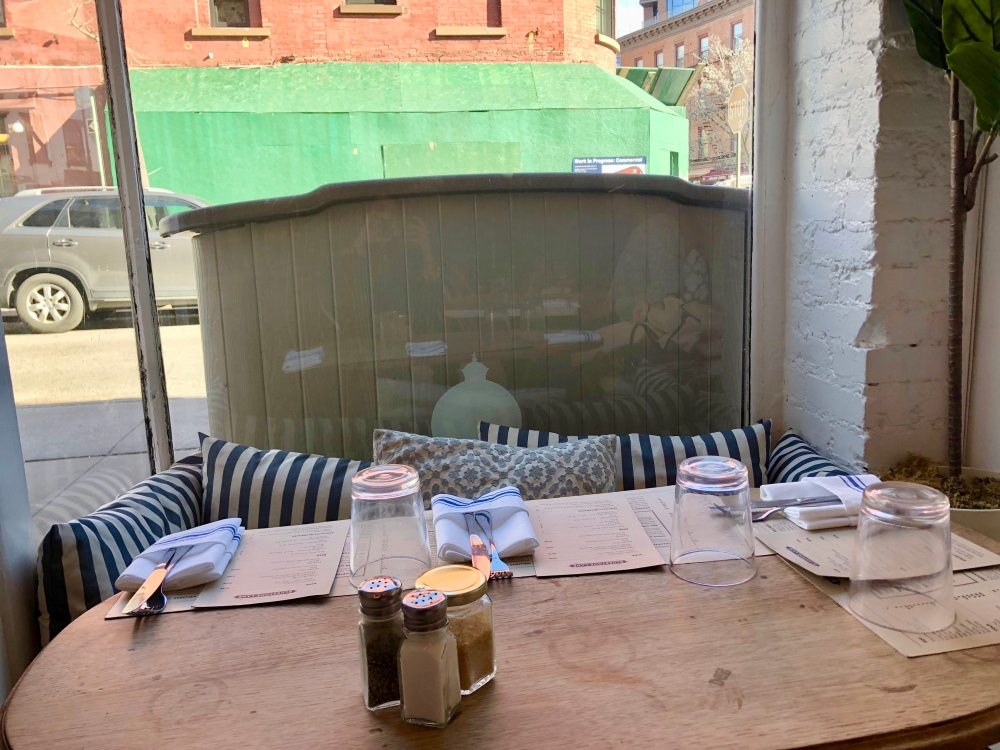 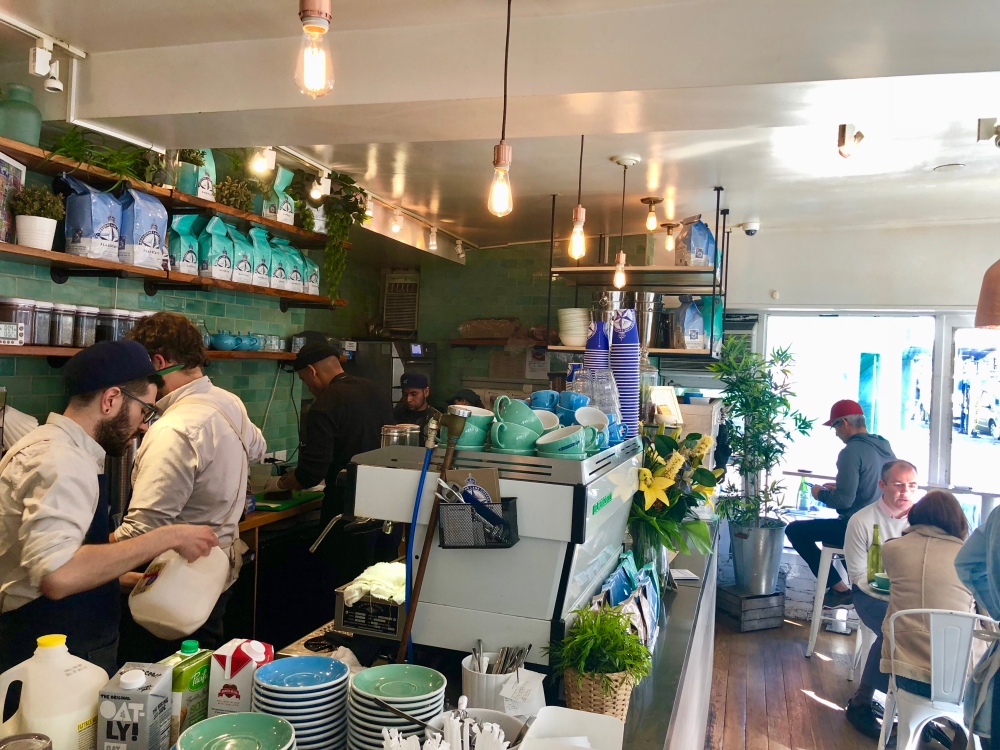 Unfortunately, I don’t think any server or host I witnessed was Australian, so that was a let down. Nonetheless, I decided to order the “Iced Milo,” and then proceeded to order their breakfast option called the “Big Brekkie.” Surprisingly, their menu is not very big at all. Most or all of their dishes revolve around avocado toast, eggs, or granola. If you are looking for a legitimate breakfast meal, the Big Brekkie is probably your only shot. Everything else is relatively light and small, which isn’t necessarily bad at all, but rather not what I was necessarily expecting.

Nonetheless, my Iced Milo had arrived. Apparently, Milo is a chocolate powder with sugar and malt that is very commonly used in drinks throughout Australia, New Zealand, and other locations. It’s apparently made by Nestlé. They delivered my drink, with a nice scoop of vanilla ice cream, and it looked very appealing. They put a nice scoop of chocolate milo right on top so you can watch it artfully trickle down your glass. They also do some nice latte art for any hot drinks.

I was ready for a huge rush of sugary sweetness, but I was very pleasantly surprised to find out that the Iced Milo drink is subtly sweet. I was not overwhelmed by the sugar content at all, which is a big plus for me considering I don’t like overly-sweetened drinks. 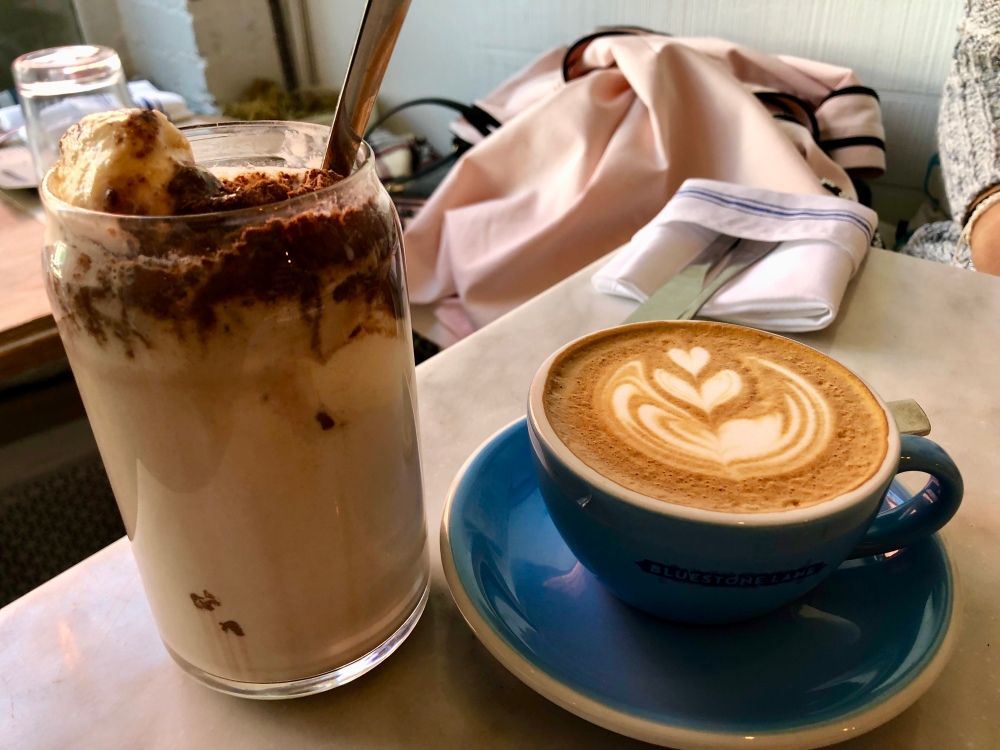 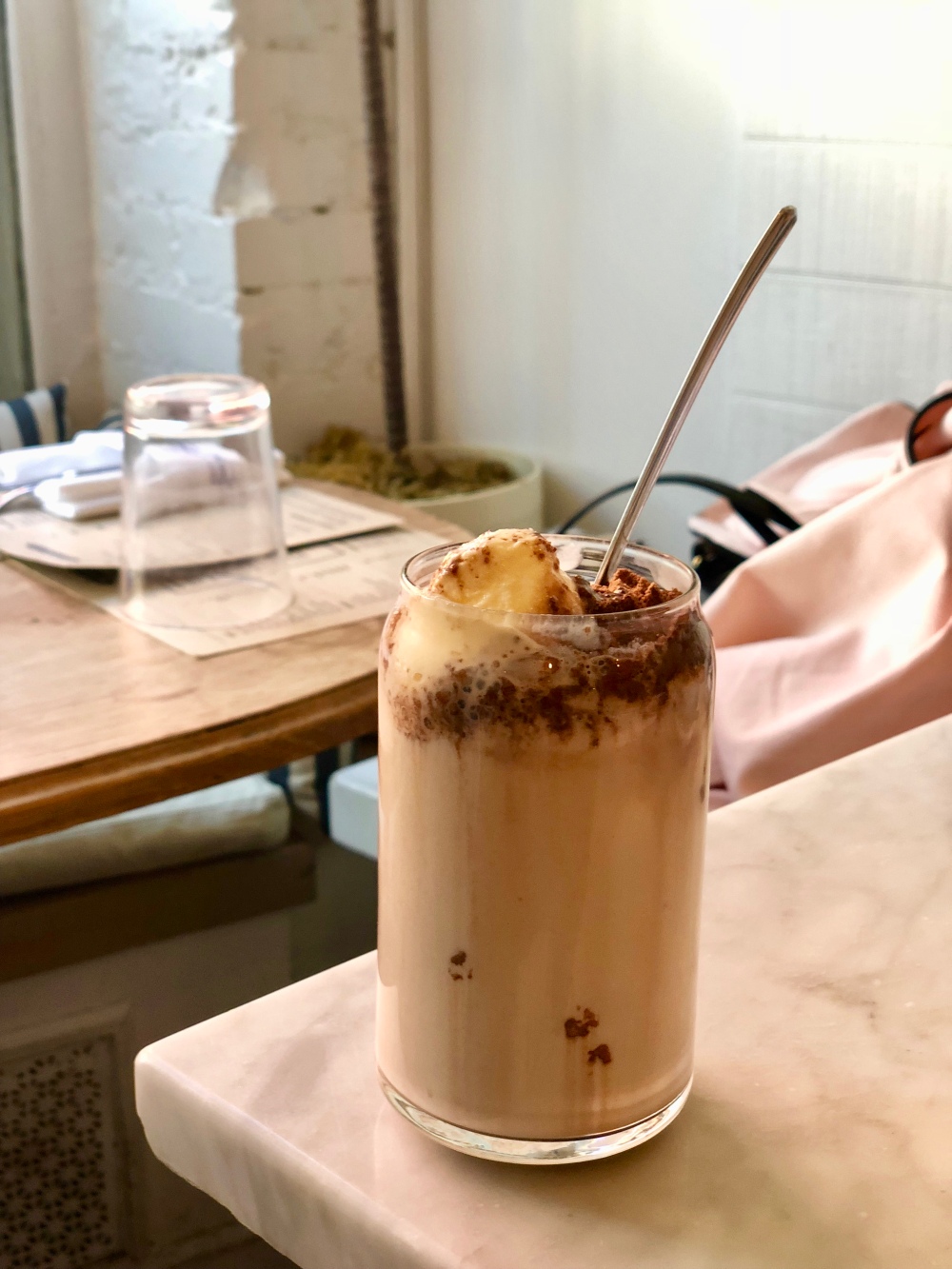 Finally, the Big Brekkie arrived. It was a very good dish, though I can’t say it was anything earnestly remarkable. Bluestone Lane is very big on Avocado toast, and as I mentioned earlier, essentially most of their dishes revolve around this millennial favorite. Their toast is very hearty and thick — so much so that the most difficult part of this entire brunch experience was biting into my avocado toast. However, after this obstacle, the rest of my dish was smooth-sailing. The Big Brekkie is largely composed of a plate of vegetables in different presentations, and a big sausage. Although the portion looks heavy, the contents were light enough such that I was satisfied by the end of the meal, but not completely stuffed. Without a doubt, all of the food and drinks look aesthetic, which explains why Bluestone Lane became a big shot on Instagram. 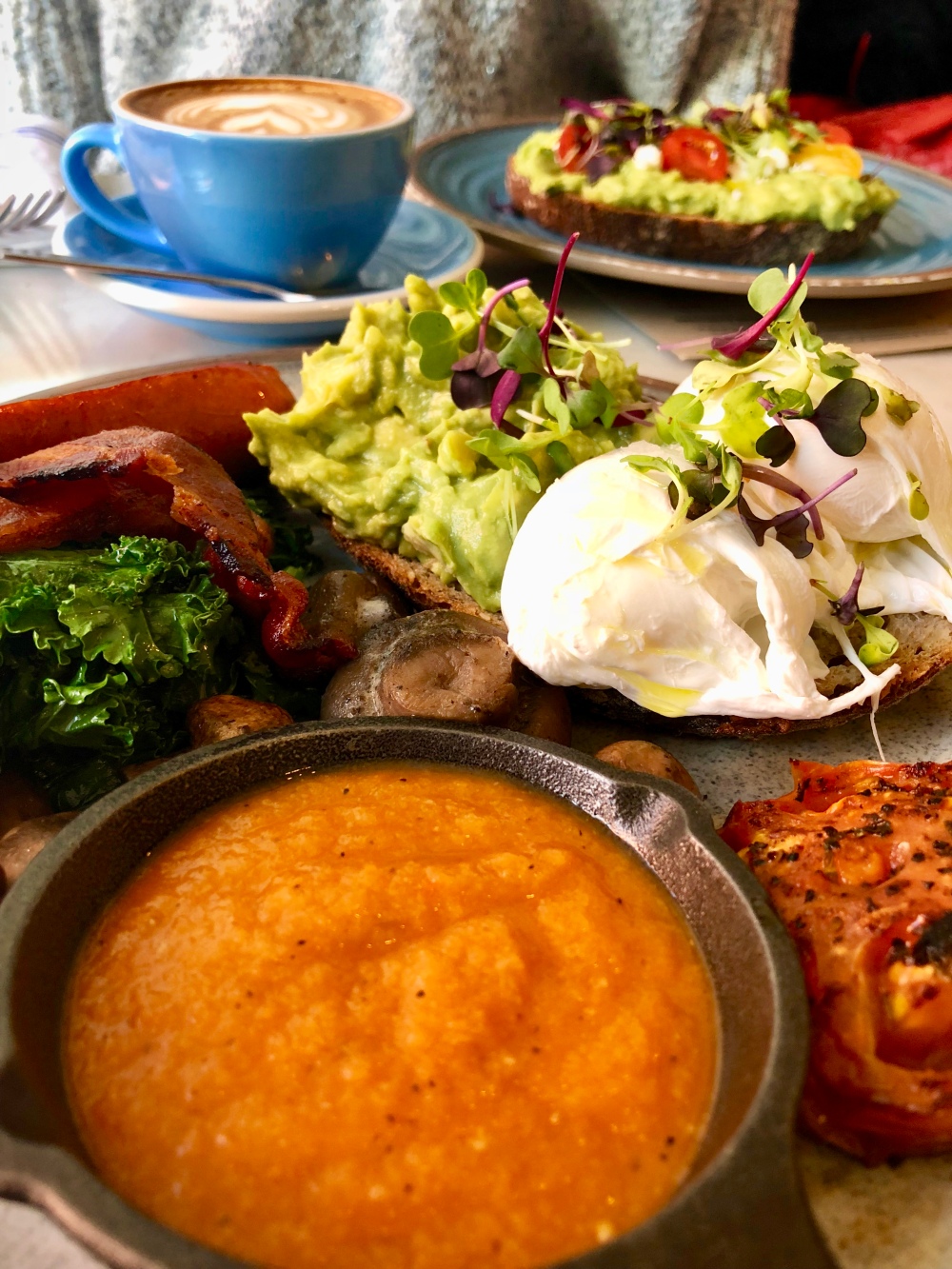 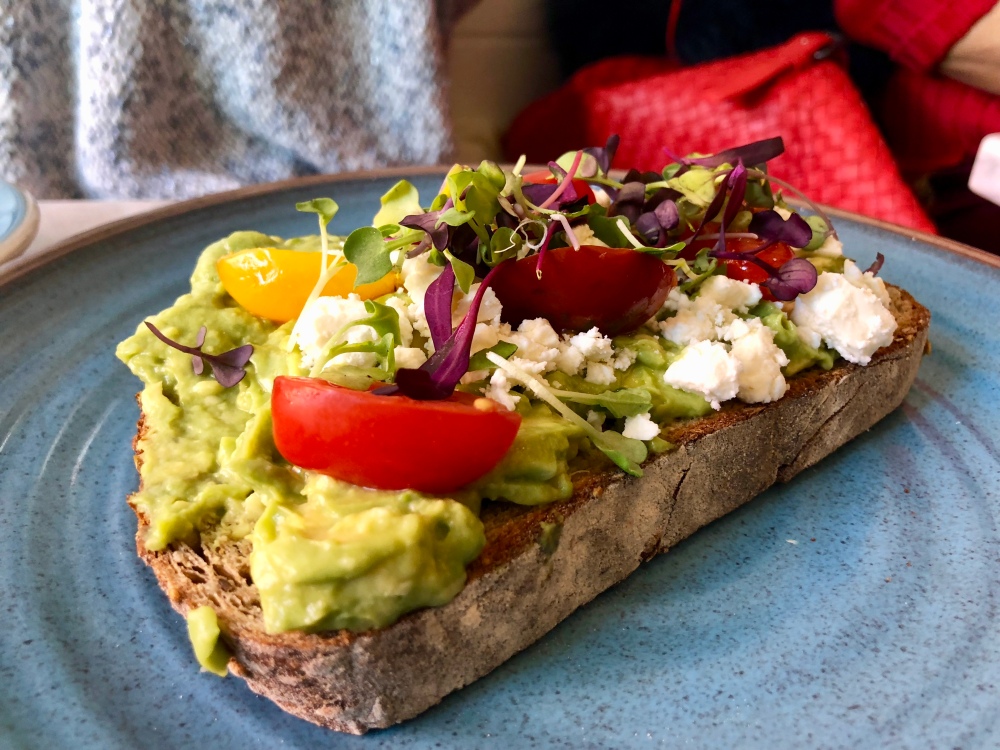 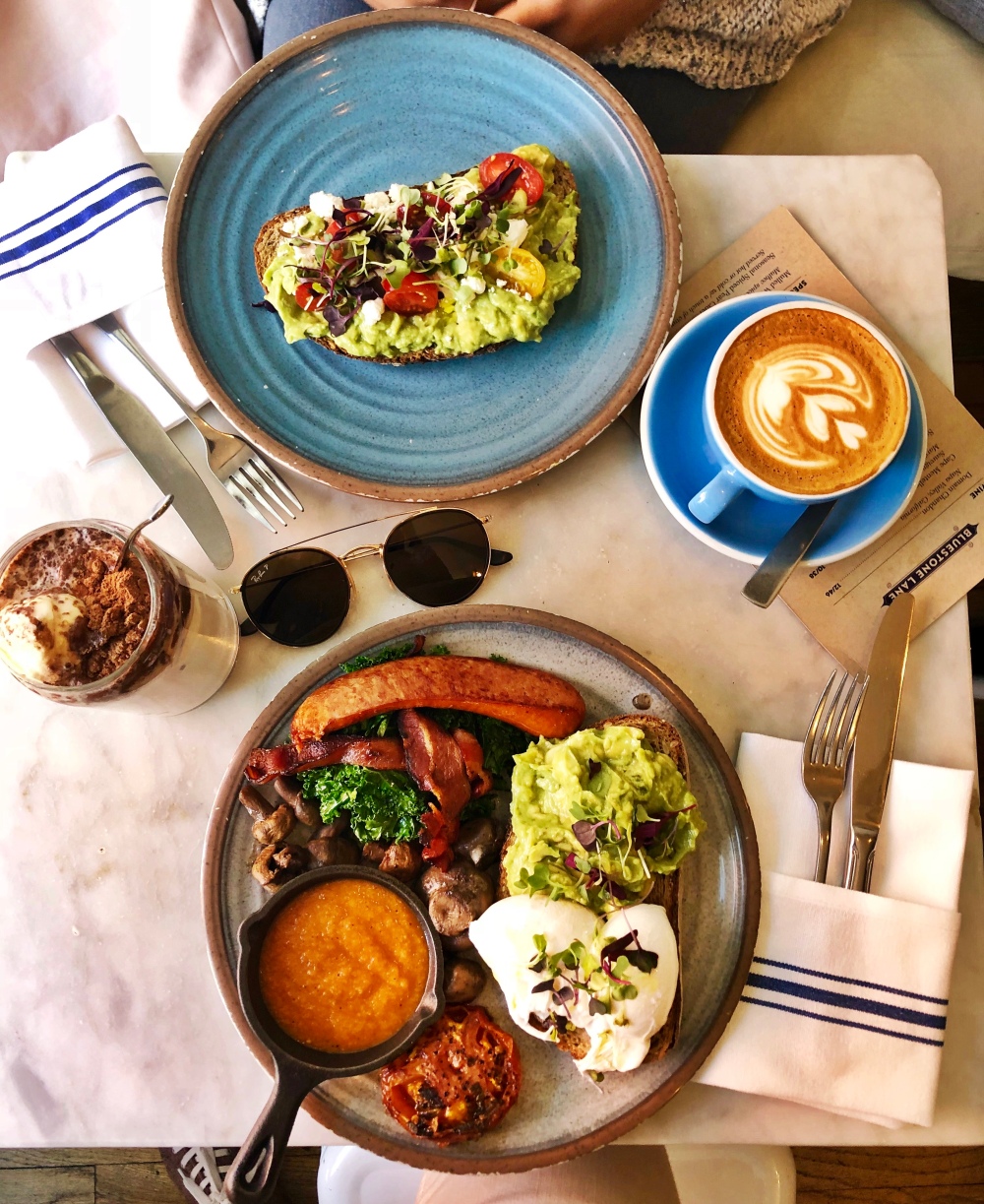 Overall, Bluestone Lane was a very pleasant experience, and I would come back. I can’t say that their food is remarkable or particularly memorable, but I would say it is generally a pleasant location for brunch. I would likely order the Iced Milo again, and perhaps I wouldn’t necessarily order the Big Brekkie again, as I’d want to try something else. The spot is good for breakfast or brunch, or even to grab a coffee and do some work alone.